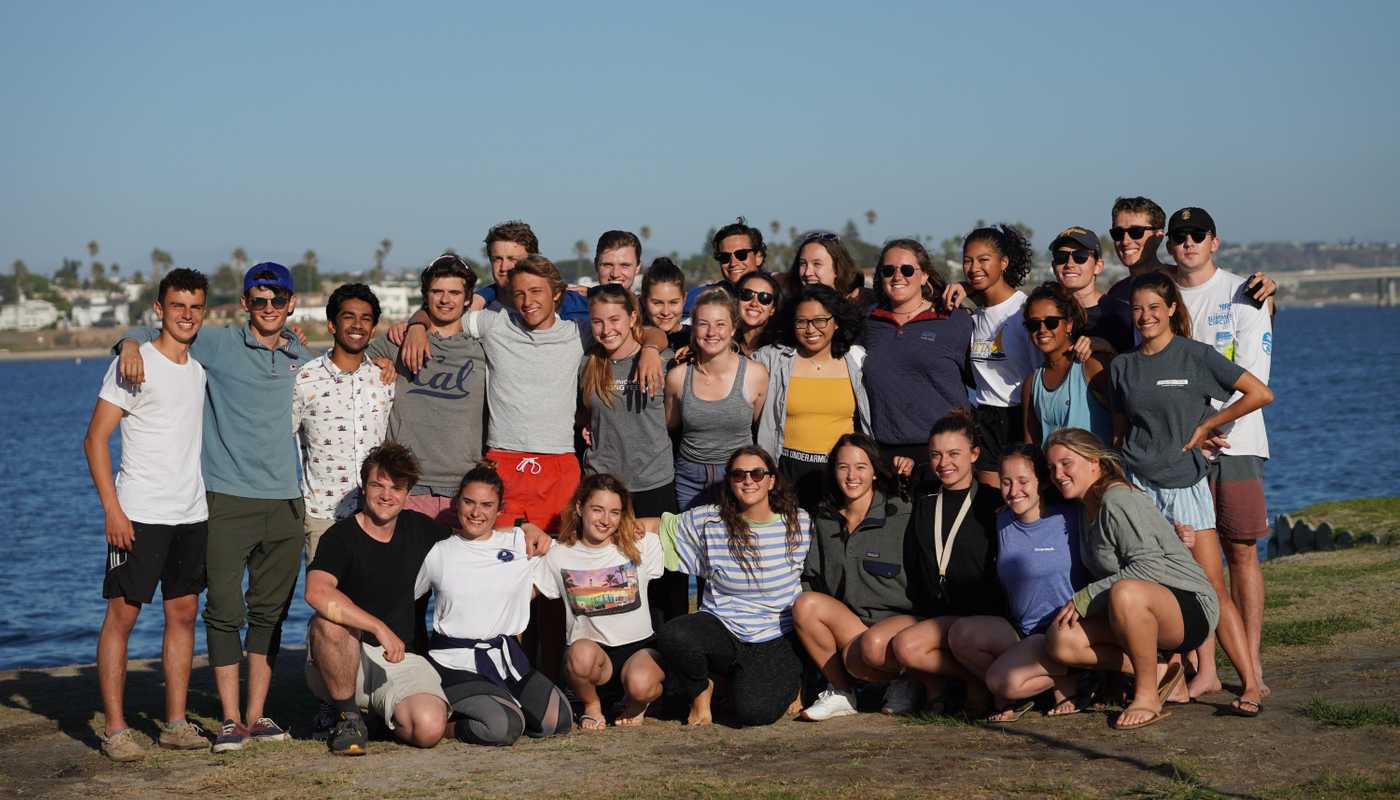 The Cal Sailing Team competes in the PCCSC (Pacific Coast College Sailing Conference) which sanctions collegiate racing on the Pacific Coast and is part of the larger ICSA (Intercollegiate Sailing Association). Cal races against schools such as Stanford, USC, University of Hawaii, UC Santa Barbara, and California Maritime Academy. The team is entirely student-run.

We sail FJs at the Treasure Island Sailing Center at Clipper Cove in the San Francisco Bay. Clipper Cove provides a fantastic venue to sail, learn, and host regattas such as our annual Stoney Burke regatta.

Practices are held Monday, Wednesday, and Friday afternoons at the Treasure Island Sailing Center and go from 3pm until dark. An average day produces 12-18 knots of sea breeze with flat water due to the sheltering effect of the island.

To get involved, email us at calsailing@gmail.com.